Tracy and I were driving up from Los Angeles yesterday. To pass the time we were listening to podcasts. One of the podcasts we listened to was a study on plants. In short, the researcher was trying to figure out if plants have intelligence, a brain. The researcher grew pea plants. In a darkroom, she placed a fan that blew across the pea plants. Shortly after that, a light would come on and as predicted the plant would move toward the light. She then repeated the experiment. This time in the darkroom she turned on the fan but did not turn on the light. After a few days she entered the room and discovered that the plants had still bent toward the breeze. The plant learned that if it reached for the breeze then a light would come on. I think they have a brain. The plants learned that with a breeze came the light.

I think we walk through our gardens without a clue of what is really going on. I also think that if we did spend a moment trying to understand what was going on in the seasons of our garden than we might find that it’s not as intimidating as we think. If I told you that a garden had interconnected roots below the ground that transported information and nutrients between plants, would that change things for you? If you found out that a plant had a brain, an intelligence, and could learn, would that change things for you? If you walked your garden knowing that plants communicate with each other, share nutrients, and had the ability to react and learn in its environment would you feel different about your garden?

For me this knowledge of an intelligent garden makes me feel connected when I walk my garden. Call me weird but I’ve walked the gardens of Maple Rock and felt as though I was being watched. Without going into the scientific facts of what I am saying, I have learned that all of the above is true. I don’t think we humans are even on their level of intelligence. We’re not smart enough to be on the same level of intelligence as the plant. 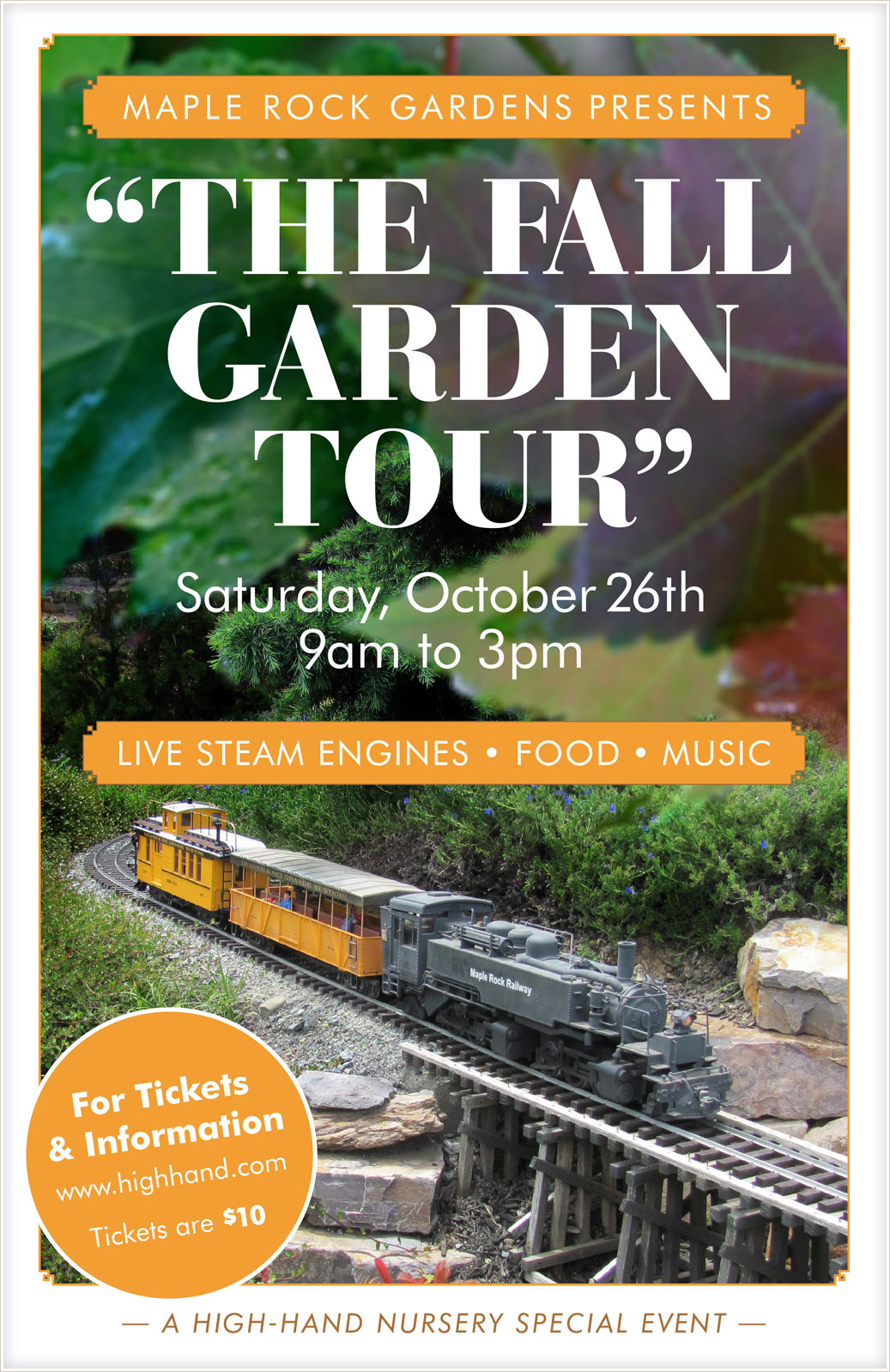 Join Tracy and I on Saturday, October 26th at Maple Rock. The Sacramento Railroad Society will be in the gardens with their Trains and Steam Engines. So fun. There’s something about a train that brings me back to my childhood. At Maple Rock, we have a very extensive Garden Railroad. I invite you to come and enjoy it. Lunch will be available as well as your favorite strolling beverage. Tickets can be purchased by clicking here. Parking is free.

Walk Maple Rock Gardens with the knowledge that there is an intelligence that lurks inside the plants and that all their roots are interconnected, sharing the ebbs and flows of life with each other.

Walk your garden with that knowledge and see if you feel different about it, I suspect you will. 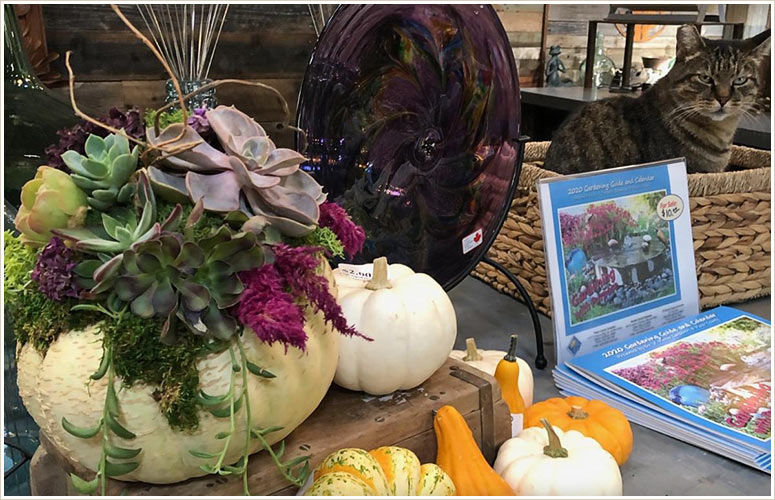 Sitting camouflaged in her basket, Petunia reminds us not to miss out on Dori’s Pumpkulent class. We only have a few seats left in all three classes offered. You can reserve one of the last spots available by clicking here. 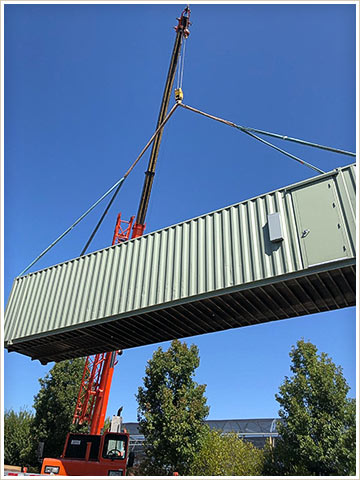 All summer long we’ve been building a shipping container. What’s the big deal? This is a special container. The fact that we needed a 75-ton crane to move an 18,000 lb container over the trees to its final resting spot was the easy part. The idea of this container was born out of a frustration. It seems like most of my ideas are born out of frustration.

High-Hand Nursery was born out of frustration. As a landscape contractor, I wanted access to better plants on my terms. So I opened up a nursery to gain access to better plants on my terms. I was frustrated with the fish tacos in my area so I opened up High-Hand Cafe so I could have a great fish taco. I realize it seems a bit extreme but for those of you that don’t know me, I tend to lean that way.

Do you remember when Romaine lettuce was taken off the market due to health safety? I was frustrated. Every restaurant was serving Iceberg lettuce. For me I never want that to happen to my restaurant. I never want food safety to be in the hands of others. I am just as passionate about food as I am about plants.

The solution: A container to grow food 365 days a year on our terms.

Here’s a look inside our green box 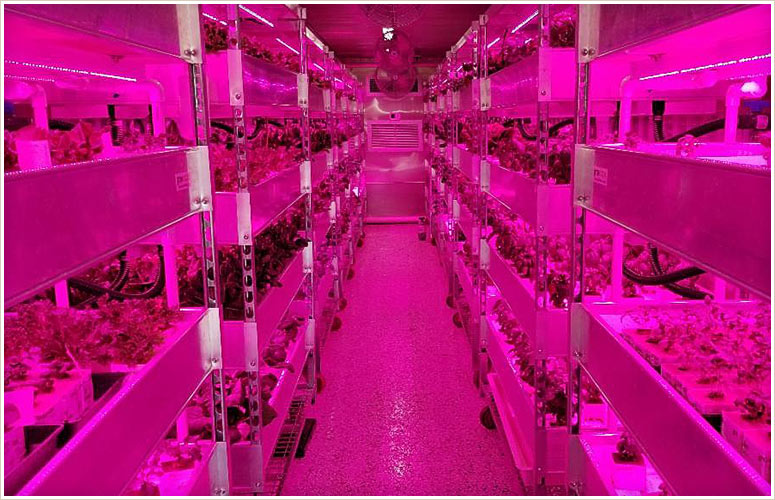 Pretty cool isn’t it. We are going to be in control of our own lettuce, herbs, and vegetable starts 365 days a year. This environment has perfect humidity, temperature, and light. Perfect water from our well that’s 500 ft deep and filtered air. I have a desire to bring you the freshest food that I can. I’ve always had this thought. If a beer can have a born-on date then why can’t a salad? 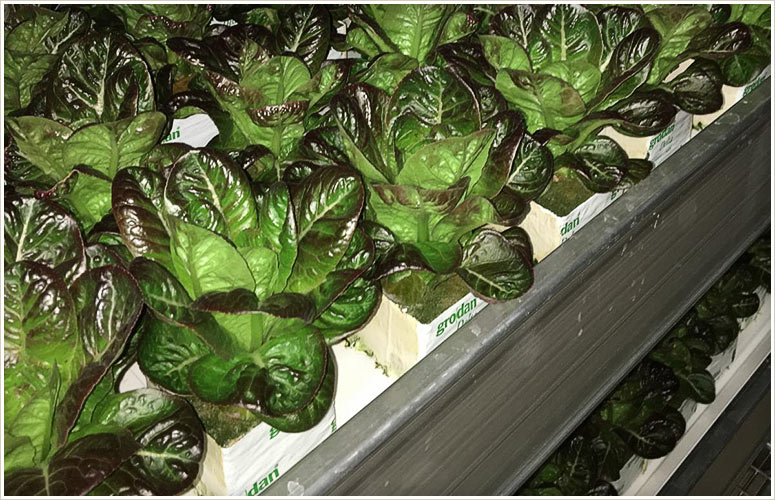 How do you feel about ordering a salad at High-Hand Cafe and knowing that it was picked minutes before it arrived at your table? This will soon be a reality and I look forward to sharing something with you that is the first of its kind on the West Coast. We are excited.

Did you know that we grow the food for our chickens that provide eggs for our restaurant?

In order to provide the freshest eggs possible we have to control our food source. That just makes sense. I don’t want to be beholden to others dictating the quality of our food or plants for that matter.

The solution? Another crane and another shipping container. 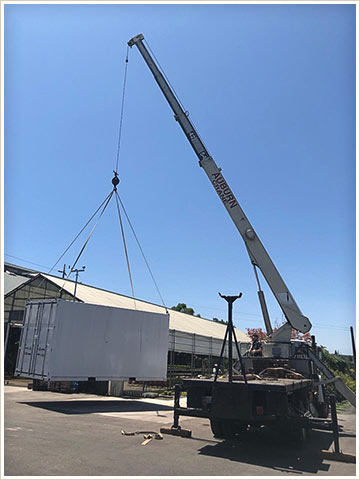 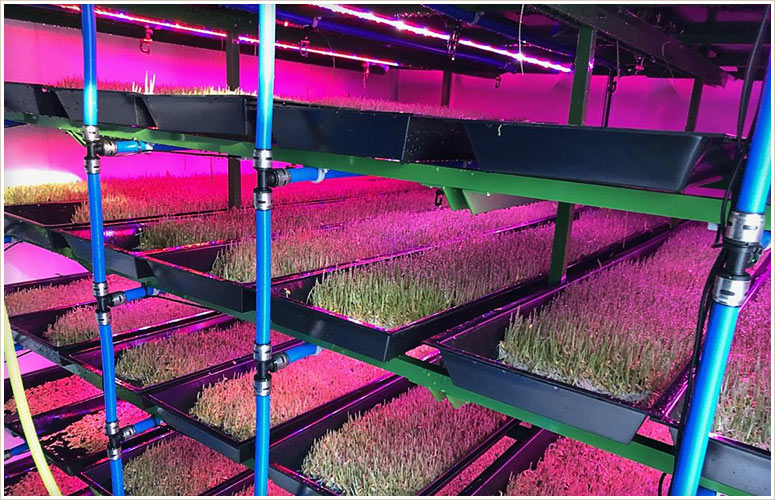 We’ve been working all summer to achieve these goals and we’re finally here.

What’s next? Well? I present the High-Hand Mushroom Company. 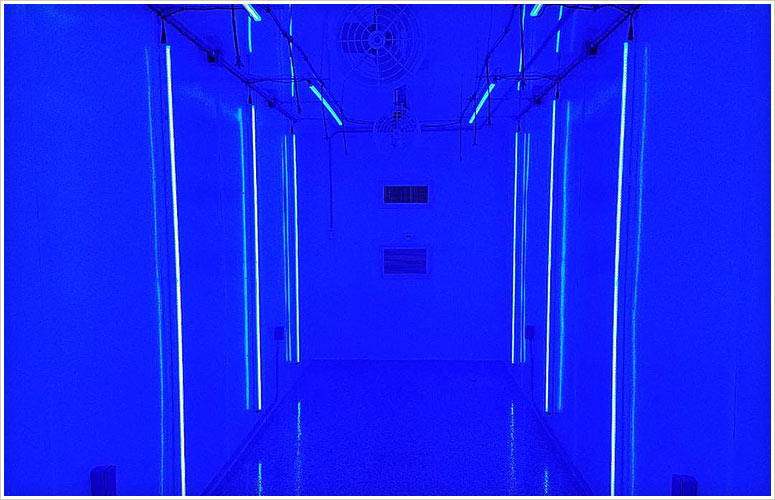 What color do your mushrooms see? Ours see blue.

We hope you join us Saturday, October 26th at Maple Rock. Enjoy the gardens and the trains and the Sacramento Railroad Society, it’ll be a lot of fun.

See you at Maple Rock,