I’m sorry, but I think Nature is simply amazing. Being in the green industry, aka High-Hand Nursery, you would think that after awhile we at the nursery would get a little bit jaded with all the flowers around us.

When I was younger I used to make donuts. You would think that would be every teenager’s dream job. But after going home smelling like a glazed donut, I found myself cured of my donut habit. I stopped eating donuts within weeks. Okay, that’s kind of a big fat lie. I still enjoyed a warm raised glazed donut fresh from the cooker. But, working in the donut shop I really did get sick of all the donuts, greatly reducing consumption.

I’m kind of a plant guy. I make my living with plants. So, it’s safe to say that being in the nursery industry for over 30 years I can kind of take Nature for granted sometimes.

Spring is the time of year that it all comes alive again and the amazement of Nature starts its trek over again with the beginning of the seasons. 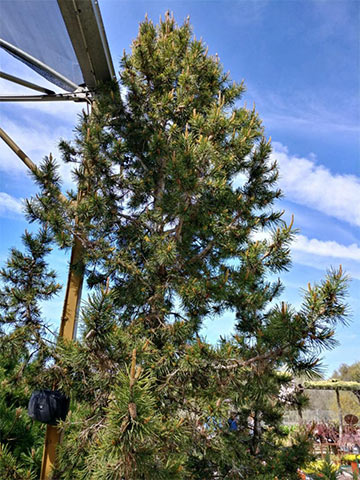 I don’t wear anything other than my hat that identifies me as anybody at High-Hand Nursery. So, most people don’t know me from squat. Perfect. I get to walk around and be a fly on the wall and load an occasional bag of dirt onto the back of a car. I get to hear comments unfiltered. I’m just the average Joe standing next to you.

I happened to be standing next to this basic ordinary pine in the nursery when a couple walked up to it and made a comment that kind of made me chuckle. The woman said to the man, “With all the beautiful Japanese maples in the nursery why would they plant this silly pine here?” I almost blew my cover to explain to them this “silly little pine” is actually an amazing act of Nature and demonstrates how beautiful something can be.

The pine was discovered in the high regions of Colorado in the Spring. When they went back to find the pine again, sadly it was lost. The pine was lost amongst all the other foliage. They thought they had the right location but all they saw was an ordinary pine. So, they thought, “Well it was Spring the last time we were here, so maybe we’ll wait until Spring and come back again to see if we can find it.” They went back and lo and behold they found the amazing pine from a year before. 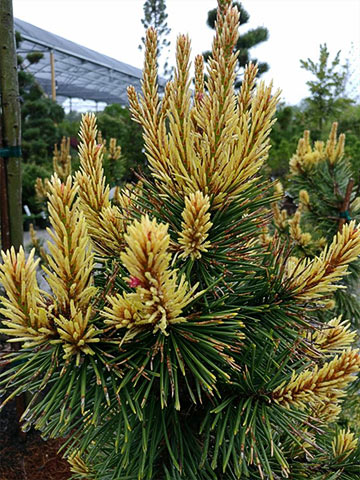 This pine puts on quite a Spring show. It will sit there all summer looking just ordinary. Blah, blah, blah. And then, boom! The Spring push bursts from the tips finishing in a vibrant, neon yellow with little red cones. Pretty cool, huh? Those folks had no clue that they were talking about one of my children in the nursery. ‘Taylor’s Sunburst’, appropriately named. It’s safe to say that the man who discovered the tree had the name of Taylor.

So, if you visit High-Hand Nursery in the coming days, ask where the Sunburst is and be amazed by its beauty. It’s safe to say we have the largest one in California. Amazing Nature. 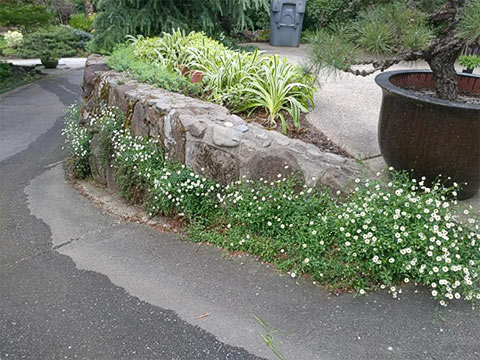 A couple years ago I was walking by a rock wall at Maple Rock Gardens. As I was walking by, I noticed a little single green leaf and a little white flower. “Hello, little fella”, I said. “What are you doing here on the side of a rock?” I almost pulled it out of the rock, but thought, “Why not leave you? You’re not hurting anything.”

A few days ago I was walking by that same wall. I actually walked by it and stopped. Turning around I needed to verify the image that was stuck in my head. That little white flower and leaf had turned into something amazing on the side of a rock wall.

I introduce to you Miss Santa Barbara Daisy, growing out of a rock at Maple Rock Gardens. Amazing nature.

Do you want to come see this cliffhanger with your very own eyes? Join us May 12th at Maple Rock Gardens. 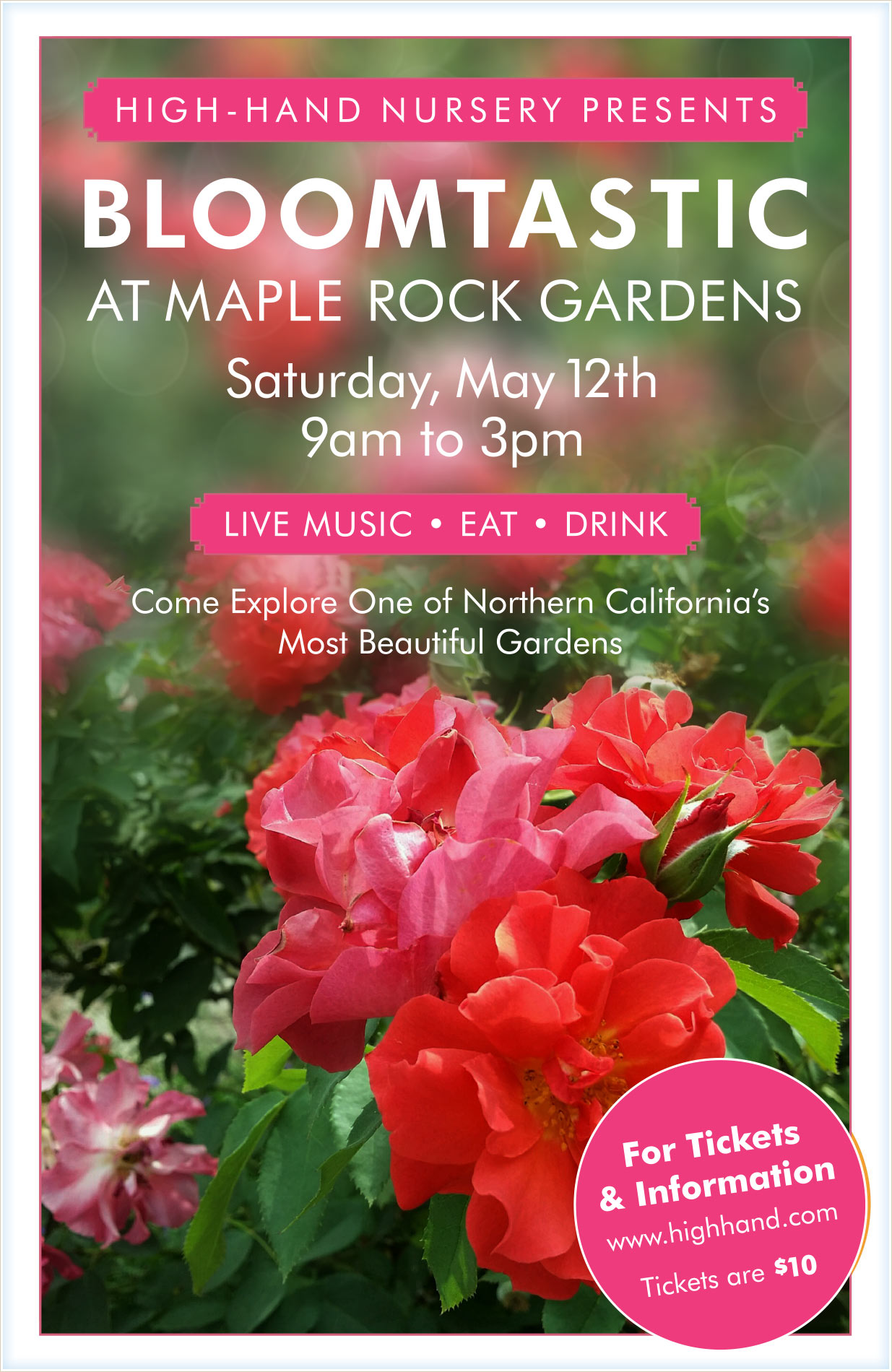 We really don’t have an assembly line that produces flower baskets. That would be silly. We have Maria and Olivia and the Willy Wonka flower basket machine. Visit our greenhouse at High-Hand Nursery and see our amazing machine and you might catch a glimpse of the elusive Olivia or Maria. They’re kind of shy like the Oompa Loompas. Pick up your own amazingly fresh flower basket. 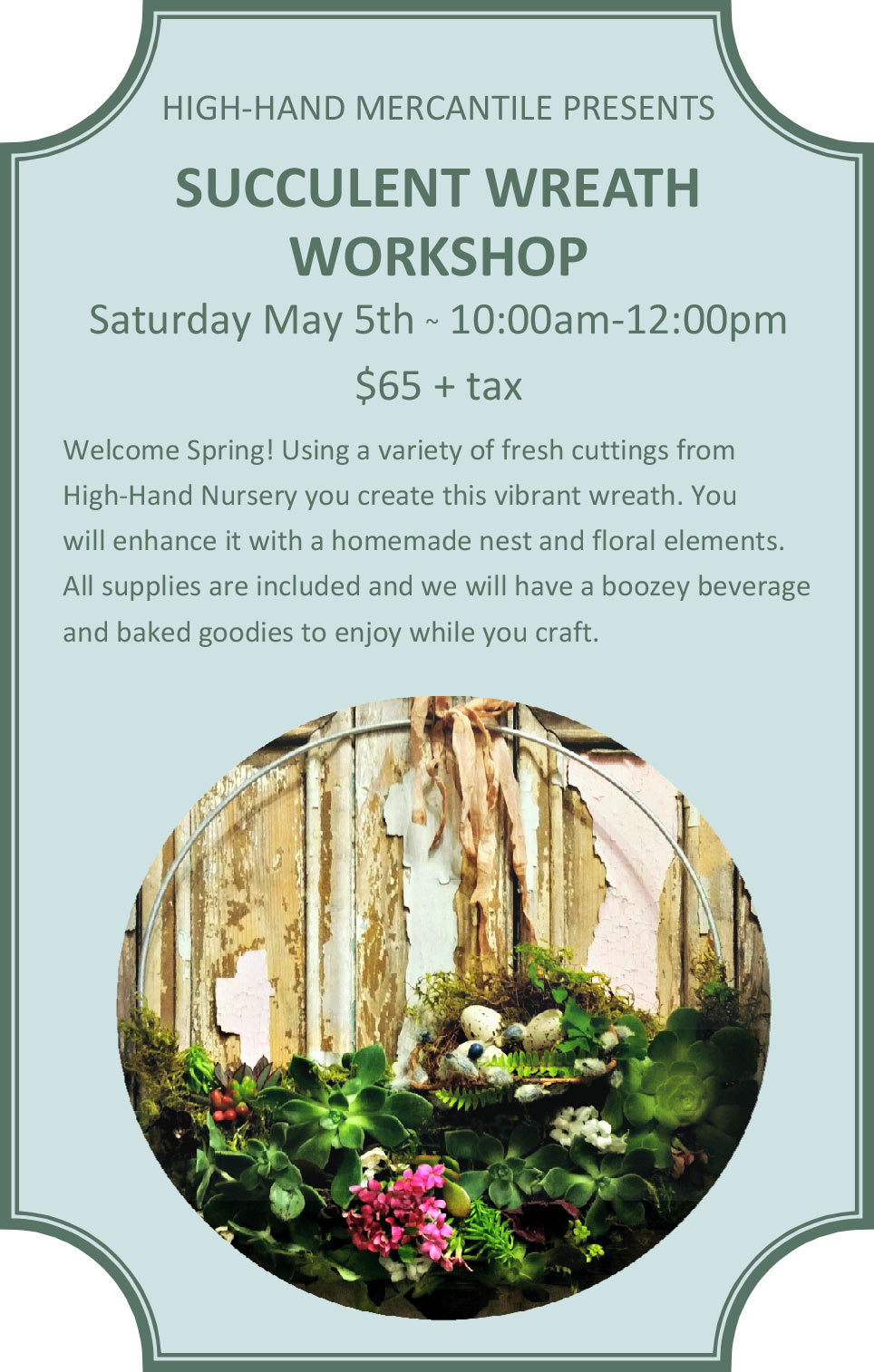 With the arrival of the succulents comes our succulent wreath class. The class will include all the supplies you need, light bites and, yes, Mimosas. Class sign ups can be purchased by clicking here or come in to High-Hand Mercantile store and see not-so-crazy Dori (she’s actually crazy only half the time) and get the lowdown and reserve your spot.

I’m always amazed at the explosive power Nature has. In the not so far past, it rained. The next day the flowers came out and then the next day happy butterflies exploded. You will never know how amazing Nature’s butterflies are until you actually get to hear the music their wings make as they flutter around the flowers.

The Sounds of Happy Butterflies

I was amazed at the sound I was hearing. This beautiful music. Why haven’t I heard this before? After all, I saw a leprechaun as a little child. I even built a leprechaun house and brought it food. He was my friend. But I think in this case the butterflies did not realize I was there and as soon as they discovered me, the music just stopped. I’m trying to find one of those wildlife cameras you can set out in the garden with a recording device so I can hear the rest of the song.

May 12th, Maple Rock Gardens from 9-3. I’m sure the bashful butterflies will still be there.

What’s coming up at Maple Rock after Bloomtastic this year? Here you go. Here’s the answer.

Get your flower baskets while they last. Maria and Olivia have been working on them all Winter.